Hi folks, today we finish this series of three articles to explain what's going on with Deepin. If you have not read the previous installments, here are the links to the first Y second part. Without further detours, let's continue.

In between is the pandemic, which although it was definitely an obstacle, I do not think it has affected much the delay of Deepin 20, I suspect that without the pandemic the delays in the launch of Deepin 20 would have been similar.

The development of UOS has been constant and uninterrupted since the end of 2019. The final version for members in January 2020, received the SP1 MarchIs launched UOS Personal Experience (Home) in May 2020, in July 2020 released UOS Enterprise Editionand it was already announced that UOS Personal Edition to be released soon (it is another version different from Personal Experience).

Meanwhile, the last update of Deepin 15 was in July 2019, Deepin 20 beta was released until April 2020, which, upon analysis, it is evident that it is a hastily modified UOS, released due to the pressure of the community. It then received a minor update on June 30. The latest is a round of tests at Deepin Internal testing between July 16 and 25.

In addition to this, the website of deepin.org did not publish any news from August 2019 to April 2020 when Deepin 20 beta was released. Only a couple of short announcements on the forum, to announce dates they were unable to meet and to apologize for the delays. Wuhan Deepin Technology staff activity on the forum was almost nil for around 10 months.

But we must take into account that in a year they rewrote the Deepin desktop, added new applications, created UOS in business, server and personal version, createdDeepinEulerfounded Tongxin Software and have created an alliance of more than one hundred companies, created the websites of chinauos.com Y uniontech.com, have actively participated by adding compatibility with: new processors with new architectures, different from AMD and Intel, hundreds of devices they use in offices, systems and government databases. Have recruited thousands of people between programmers and staff for customer service, training and support, with a view to replace Windows, something that neither Apple nor Google have achieved in decades, will do what Canonical has never been able to do with Ubuntu. The task is titanic and they are doing it in no time.

That is why they cannot be accused of no progress. So the available resources have been entirely focused on UOS, and there is almost nothing left for Deepin, not because of negligence or lack of interest, but because there were no more resources left. It is clear that UOS receives much more attention, but this is not unjustified, we have already explained the circumstances in which it is developing.

I consider that this stage, in which Deepin does not have so much priority, is not yet over. I am hopeful that the final version of Deepin 20 will be released before the end of September 2020. UOS is still under rapid development to meet the basic requirements to replace Windows. When they meet this objective and can develop the system without being in such a hurry, the normal dynamics that existed between Deepin and Deepin Pro will be resumed, but with UOS. I think that will happen until 2021. In short, these are difficult times to be a fan of Deepin.

Although officially this has not been admitted, possibly for image reasons, analyzing the events it can be deduced.

WHAT ROLE DOES THE DEEPIN COMMUNITY PLAY?

We can establish that there are two main entities, independent but closely related, Wuhan Deepin Technology as a company, and the Deepin community made up of Deepin users.

As mentioned before, Wuhan Deepin Technology is a private company that distributes its software for users to use, test, and even modify your software, without having to pay anything. In return, users generate feedback with comments, suggestions, and problem reports that help the company improve its applications and operating system.

Wuhan Deepin Technology manages and maintains the website deepin.org to give the official communiqués to the community. It also makes available to the Deepin community its forum as the main communication channel. The community also collaborates with the translations, in addition to the feedback already mentioned.

With this clear, it is clear that Wuhan Deepin Technology is not held accountable to the community, and the Deepin community is quite limited in what it can demand of Wuhan Deepin Technology and vice versa. The relationship is more than a friendship where they collaborate and build together, each with their specific role and scope, and not a contractual relationship of mutual obligations.

Of course, obviously Deepin community is subdivided by languages ​​and regions, and even by countries in some cases. Many of these sub-communities have their own independent chat groups, social networks, forums and websites. But they all communicate with Wuhan Deepin Technology through deepin.org.

It should be clarified that Wuhan Deepin Technology does not publish the entire code of its software, and that it publishes, it does so until it has a certain maturity, and not during the early stages of development. This to protect your competitive advantages and maintain control of your projects.

The following is a list of links from official websites and social media where you can find information from Tongxin Software, Wuhan Deepin Technology, Deepin and UOS.

I see the future of Deepin with optimism, it is starting a completely different stage, a very hectic start, where many times not even the people of Wuhan Deepin Technology knew what was coming in the future, I can imagine the cascade of new tasks and projects They fell every week, constantly changing schedules and making it impossible to know when projects would end.

At this stage it only remains to be patient, the delays of Deepin 20 have not been due to negligence or abandonment, but because the circumstances do not allow it. Deepin is more alive than ever, the fruits of current and future investment will already be evident in a year. If the plans continue, I think Deepin could become the most important GNU / Linux desktop in a few years, and not as some say, that it will take more than 1 decade, but in the next 4 or 5 years.

Tongxin Software and the Chinese are making their reinterpretation of open source and free software, one in which companies, government and even politics have much more participation, influence and where not everything is necessarily open source, but a mixture of code open and proprietary software. They share and collaborate on what strengthens the ecosystem and save what gives them competitive advantages.

I make a parenthesis with politics, because have entered into agreements to cooperate and coordinate with distribution development teams in Russia, South Korea and Turkey. Obviously these countries are among the most politically aligned with China. It strikes me that these countries chose to start the internationalization of the UOS ecosystem, and they did not go to the Deepin community.

GNU purists will not like this, they will see it as heresy, but as usual, the Chinese do things their own way, possibly bringing open source, free software and especially GNU / Linux on the desktop, Where Canonical, or any other community or distribution, could never take it.

OTHER ITEMS THIS SERIES

WHAT IS HAPPENING WITH DEEPIN? - PART I

WHAT IS HAPPENING WITH DEEPIN? - PART II

4.8 17 votes
Rate the Article
PREVIOUS NEXT 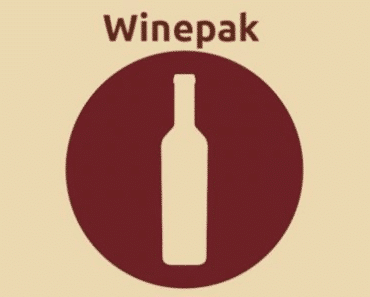 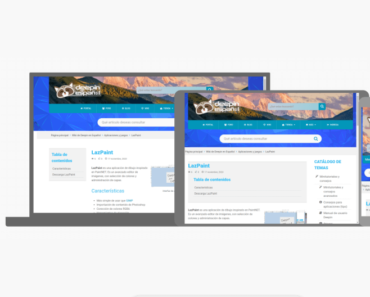 This is the best community about deepin that I have entered thanks for keeping us informed about our beloved deepin.

Hello. What is written in the third part made me very sad and does not bother me with optimism. Could I be wrong?

Please note that when I write in the first person, these are my opinions.

Excellent your report, but I'm also concerned about all this happening to deepin. I really feel very comfortable with the system and yet I think the end will not be as expected. From my point of view she will end up being a daughter despite the fact that she was born a mother (being very optimistic).

You just have to be patient, the normal dynamics will return in a while, Wuhan Deepin Technology has limited resources and the delay of Deepin 20 is a symptom of that, they cannot do everything at the same time and they have to prioritize, eventually everything will resume their balance.

Of course. What you wrote is great and you wrote it very honestly. Bravo. I am afraid that the software company Tongxin and the current situation in the world, the problems along the lines of the United States and China will have the priority of replacing Windows with UOS. This is what Deepin 20 can suffer over time. Deepin 20 is really the best Linux system and it has great possibilities. Hopefully the stable version of deepin 20 will appear in less time. I have no doubts from the Deepin community.

Having Deepin as a test version is a great advantage for UOS, Red Hat has worked very well for more than 15 years, the weakening of Windows Insider has cost Windows dearly, which shows that having the dynamics of the test version And guaranteed version is a strength for any operating system, Wuhan Deepin Technology is not going to lose that advantage, which has also proven to work very well with Deepin Pro.

Tongxin Software and Wuhan Deepin Technology are in the process of strengthening, of gain, the opposite of weakening or losing advantages.

Maybe I did not understand well, but what has been written and say that DEEPIN will no longer be developed? Will DEEPIN have a future? Please tell me yes.

I do not understand the first question well, regarding the second, at this moment it is easy to check if Deepin has a future, just check the activity in the GitHub repositories - https://github.com/linuxdeepin -, there it is seen that the activity is a lot and constant.

Some of the things I read here give me hope for the future, I use Linux very little and Deepin less, but it has been my favorite distro so far, I wish you a very long-term future.

I have 15.11 installed, I no longer remember when it was the last time it was updated but it has been at least since March 2020, in my source.list file I have:

Should I change this repo?

titobundy Deepin 15.11 does not receive updates anymore, your only route is to update to the beta or the final when it comes out.
Luck.

LeviB Thanks, I sensed it but I imagined that I would have more updates in the attempt to officially release the new version.

I also think that the delay is due to the perfect storm of all these events that the publication describes and that very soon everything will be on the right course and return to the norm.

It was a very good distribution, too bad he already died. I will return to my very dear Debian.

0
-2
wpDiscuz
17
0
We would like to know what you think, Join the discussion.x
()
x
| Reply
Comment Author Info
You are going to send a message to
Move Comment