We published the news a little late, but better late than never, right? Deepin released a small update today of the system for version 20.1, which fixes some problems recently reported by users. It appears that Wuhan is returning to its original cadence of frequent updates and sometimes in smaller increments, but that directly influence the stability of the system.

This is what we were used to originally Deepin and we hope that this continues. After what has been suffered by all the fans of the operating system due to the long delays in the launch of Deepin 20 last year, this change is welcome. Among the fixes included in this small update, the ones listed below stand out.

That's what's new in this update. Did you notice a few others not listed here? Have a new bug or bug after updating? Report it and share your experience with the rest of the community.

5 37 votes
Rate the Article
PREVIOUS NEXT 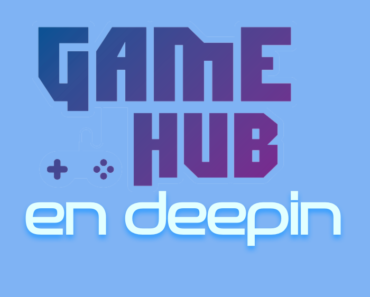 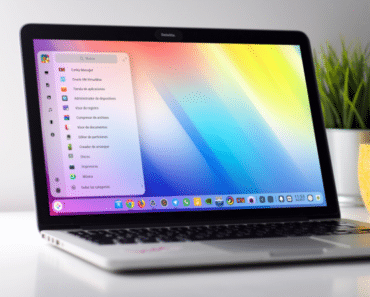 I don't know if this or a previous update, but I noticed that the operation buttons finally appear on the calculator.

Excellent, that was a problem that had been talked about by many, let's see if it is not an isolated incident to otherwise add it to the changes reflected in the article, thanks for the report.

Note that the buttons appear from 20.1, I was aware of that problem and it was fixed, I am still waiting for the trackpad gestures but I no longer see these gestures in the manual. It seems they are no longer going to implement them based on that. A shame

I can confirm that in my case it was also solved.

The Deepin calculator is correctly displayed with this update.

Well, in this update many bugs that we have reported in Internal Testing were solved, the problem that had when trying to change the audio output from the Dock is also solved

Very well, that problem also happened to many.

Great! I had not realized that, but yes, it is fixed.

I noticed this morning and update immediately, so far I have not seen any new errors and everything works perfect.

The colors in the Bluetooth dock appear gray to me and it is lost with the effect. Any way to fix this?

No, even when connected, the letters blend into the background
being in clear mode

maximizing a window is not respecting the dock space, any ideas?

Mauricio Rodriguez It doesn't happen to me. try rebooting or with killall dde-docwhat if the problem continues sudo apt purge dde-dock and reinstall it from the terminal, I remind you you can open a terminal without menu with Ctrl Alt T

No nothing, I don't know if it will be because I have 3 monitors connected
thank you very much for your help

How strange, that doesn't happen to me ¿only happens with your browser? once I had that problem when I installed an application that now I don't remember the name that was used to give animation effects to the windows.

I don't know if it's my idea, but I notice the system faster now, ¿someone with the same experience?

The same thing happens to me, it seems to me that it is a little faster than before.

Which was still not fixed:
desktop thumbnails don't display untill log off and log on again or restart dde-desktop.

Hello everyone, I have the following doubt:

I am new to Linux, I decided to test this system seeing how beautiful Deepin was, I have it installed but not as a distro but as a desktop within Manjaro 20.2.1 since it works much more fluid than installing deepin directly (I have a PC with few means).
The question is… How can I get this latest update? when I run the command to update Manjaro (sudo pacman -Syu) the terminal tells me that there are no updates. Is there a way to get this update in another way? I need to correct those errors that this new update solves ...

Thank you very much and excuse my newbies and therefore little knowledge!

manjarodeepin Manjaro is not deepin and the DDE that you use is not anyone's responsibility in deepin it is a port that Arch performs from the deepin github so when Arch will pack or add the new packages to their repos it is their decision.

Car thanks for your answer. In case they add those new packages they will skip me as a system update, right?

I still have problems with the Manager of the installed applications, because I enter and see absolutely nothing, it appears empty. I have noticed that this has happened to me when installing the Deepines Store 4, has the same happened to someone?

Hello, with over 52 thousand downloads, I have never heard someone describe a problem like this. I don't think your problem is related to Deepines.

What do you mean when you say "Installed Applications Manager"? Can you show a screenshot?

Everything is perfect for me here, good luck!

Hello, does anyone know what this new custom-update command is for or what is it for? It says that to update from a specific Repository, so far I understand, but how would that be used? Someone knows?
Thank you

Your question is interesting, I'm not really sure myself, we'll have to investigate and I'll let you know.
Regards.

For my part, everything went very well with this update, I have noticed better speed in the performance, yes.

Good morning everyone, I just wanted to comment if someone else happened to him or only me that the application or program to save the contacts disappeared without saying goodbye and well, if I used it, how badly that they remove stacks that if they can be useful at least to me If it worked for me, if someone knows how to put it back, I'd appreciate it without further ado.

It's funny the way you say it

0
0
wpDiscuz
33
0
We would like to know what you think, join the discussion.x
()
x
| Reply
Comment Author Info
You are going to send a message to
Move Comment