The idea came following the request of one of our administrators Eli whom he liked dex missing icons. When working on the fork, they found them too simplistic and not very related to the overall aesthetics of the system, at which point we decided to build a new theme, compatible with the new version of the system.

In his first compilation pack has over 1400 icons including minetypes, folders and drives. It is also related to work on those plugins dock or at least in allowing be modified; Future versions plan attach support notifications and other cosmetic improvements.

JHalo collaboration and Alejandro Camarena in designing and tuning them especially appreciated.

They hope to be to your liking and send us your comments to guide us on added in future updates.

You must install our alternative repository to install the icons on your system, you accept the terms and download it now:

After downloading the Deepines repository, proceed to install the package icons using the following command:

Heads Up: Dexter is not related to the television series on Cartoon Network or any chain. 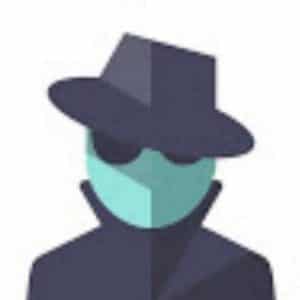 20
What do you think about it?

Thanks to everyone who made it possible Dexter Icon Theme. I like a lot and together with Marea, are my favorite. I'll periodically alternating ...

These are really beautiful. Many thanks

Car for the hard work done, I know you take many hours to accomplish this work of art is appreciated by all, thanks for giving us something so beautiful, You're a true artist.

Very good, thank you from Seoul:)

These are the best I've used, thank you!

Very cute pack and easy to install, congratulations and thanks for sharing.

how we can install?

I love it, it's beatiful!

Hi, I don’t see any problems with the download link, I tested it out several ways and it downloads fine, please try cleaning up your browser’s cache or try with a different browser.

I have changed the article to show the download of our Deepines Repository instead. This  makes it more straight forward. The repository downloads and installs normally.

After downloading the Deepines 3.1 repo please proceed to the instalation of the actual icon pack by typing:

Please note; you «might» need to logoff your system and then log back in for the icon theme to show up in control panel, that’s not always the case though.

The repo package installation works just fine, so you should have no problems installing the Icon Theme now, I just tried it take a look:

And now look at the Icon pack fully installed: bundle of thanks. Its work for me.

Hi, if you read carefully the message you are seeing is not related to our repo or to the package you are trying to install at all, it says:

The message is related to that mega.nz repo you have added to your system, you must either disable it or get the key for it.

To install the Dexter Icon Theme as the article states please just type:

Just ignore that message about the mega.nz repo.

We have now updated our packages with a new signature. To update to the new signature, please do one of the following:

Go to  https://mega.nz/sync , then choose your distribution, version and download MEGAsync. If you cannot remember your password, please change it before reinstalling. Once downloaded, please install the package and it will contain the new signature.