REMEMBER, THE FORUM IS NOT JUST TO ASK QUESTIONS, ALSO TO HELP OTHERS IF YOU KNOW THE SOLUTION

Hello everyone, I checked by installing the system directly on my pc, where it was evident that this new version of Deepin is optimized in detail ... both in animations and functionality issues, although I also notice certain flaws which are corrected in the mature of the distro in its latest version.

* Try to innovate in the animation of the system startup / shutdown.

* In the control center, a section would be missing to be able to modify notifications, with the ease of carrying out programmed activations of the do not disturb mode or adding widgets and others.

* The system sound pack is the same as its previous versions

* update of deepin style icons for most applications

* Lack of the famous Deepin defender

* Dark mode compatibility with certain applications is not properly integrated, for example WPS changes the font, leaving it white but not its skin ... leaving it white on white without being able to use it comfortably.

* Access to the "AI attend", although I don't know if it will only be for "UOS RC"

* Own browser of the distro

I hope that these announced functions as well as applications can be viewed in the official version, I also thank this community as it keeps us informed of any news.

Answer
- TO Eli He liked
6 Replies

if you miss that so much you can have it anytime, bro

@mrstaggerlee I understand that if you do this you lose root access.

@rhymedanger Que? This is normal way to install applications with console in debian / ubuntu based systems. Really never did that before?

@mrstaggerlee No Sr. you don't seem to understand what I'm saying, so I'll say it in English, I have heard and seen posts where people who installed the tool deepin-defender have lost their root access on their deepin v20 installation , it reverts to the state UOS was where you couldn't install anything because access to root is lost. so you are advising the user to install deepin-defender which would mess up his deepin install.

Understands????? hope you understood this time.

Sounds like bullshit that "revert to UOS" thing ... really

I installed deepin-defender on that V20Beta and nothing bad happened. Other thing is that this tool is rather gadget than real security tool for now.

Hi, thanks for taking the time to make a list of bugs and recommendations. But I clarify that we are not Deepin support nor are we representatives of Deepin, we are Deepin users helping other Deepin users.

I recommend you report this list in the following link, it is a thread in the deepin.org forum, and of course I think that your contribution will be valuable to the community.

Please make the report in English, you can do it using Google Translator if necessary.

I'm going to wait for the official version to test it and see if I stick with Deepin 15.11 or V20.

Answer
- TO Eli He liked

Thank you very much for the quick links and keeping us up to date with deepin.

Hi,
It works very smoothly and well, I'm testing Home Asistant, with Hass.io and it works like a cinema.
The only thing I need to activate the automatic access point, so that all devices connect when restarting the computer and I can't get the point to start next to the computer. I have to do it manually ACTIVATE.
Do you know how to start a configured access point when starting the equipment?
Thank you

@amm What is Home Assistant? I always want to learn new tricks about deepin, I can't find anything that is home assistant.

Hello, the truth is that I do not understand what you mean by access point, is it a mount point of a partition?

Well, I keep messing around, the truth is that now it is much better, after installing the nvdia drivers, since before I could not log out and it took a long time to start, it was all due to this, but I have found a "bug" that would like to share as a curiosity, I guess they fixed it in the final version (I hope).
When I put the equipment to work on battery, the result is a low level of use of the cpu, totally at rest, but if I put the pointer over the battery icon to display the percentage and the estimated time of the duration, the consumption of cpu shoots up way above what would seem normal to me ...
It is the dde-dock command that fires, and it even puts the fans to work, not good for the battery. I have done tests and it happens to me by placing the pointer over any icon in the bottom bar, without clicking or anything, even if it is only a shortcut, from chrome, the store, etc.
What is your opinion? 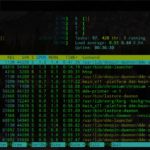 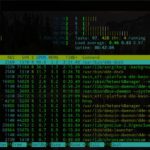 Hello, first the "lower bar" is called dock in English or dock in Spanish. Please report this bug in the thread of the following link, send the comment in English, you can use Google Translater if necessary.